In global manufacturing which factors are likely to separate the winners from the losers?  The answer may lie in the 3Cs – code, collaboration and capability.

Peter Marsh summarises in these three themes “FT Future of Manufacturing Summit: Transformative Action to Enhance Industry 4.0 Value”, which took place in London on 3-4 October. Peter Marsh, former Manufacturing Editor of the Financial Times and author of The New Industrial Revolution, was a moderator for panel discussions on both days. He is a close associate of Gideon Franklin, kindly including us in the event.

Code describes the lines of software increasingly important in linking networks of products that may be scattered worldwide. Collaboration covers the relationships connecting companies with suppliers, developers, users and sometimes competitors. Capability encompasses employee skills, a major issue for manufacturers as they struggle to attract the best minds to a sector often regarded as unattractive.

The 3Cs grabbed attention at the latest in a series of annual “manufacturing summits” held by the Financial Times.

The FT summits – now in their fifth year – consider manufacturing as a single broad sector, rather than as a string of disparate fields such as cars or pharmaceuticals. The series acts as a leading forum for those interested in how production industries are changing, and how aspiring companies (both big and small) can take advantage.

At the latest gathering, held in London in early October, the topics for discussion included autonomous vehicles, artificial intelligence, the internet of things and the challenges of Brexit. Many of the conversations centred on how businesses in seemingly different areas of industry could learn from each other.

What’s behind the first of the Cs – code?

The software or code that acts as the “glue” between interlinked machines uses one key resource: data. In the world of manufacturing, data is now as important a commodity as energy, raw materials and clever people.

Every time a manufacturing process takes place, or a finished product interacts with the outside world, an item of data is created.

In the past, most manufacturers have failed either to collect, store or process the data- in many cases they’ve done none of these things.  Now, the position is changing as businesses realise that the data – backed up by the software that keeps track of it and uses the data to make judgements – can help them to improve.

“Everyone [in manufacturing] is a software company – it’s just that some don’t know it yet,” was one phrase heard during the conference.

Driverless cars offer examples of where data and products connect. An autonomous car interacting with other vehicles and objects around it is an illustration of the internet of things – where the things happen to be large, expensive and on wheels.

Sarah-Jane Williams is director of smart mobility at Ford. Her role is to help transform the US car company into an “enabler” of movement rather than simply a maker of vehicles.

A big part of this change is developing software that will control new generations of cars. According to Williams, people will have to stop thinking about “user-optimised journeys”, in which the car driver is essentially in control.

Instead they will need to become accustomed to “system optimised journeys” where the network takes charge.

Ford aims to generate revenues from the software by teaming up with other businesses – such as public authorities or other entities that may evolve to manage driverless cars – which have a part to play in managing the cities of the future.

At a more prosaic level, software and networks are important for many manufactures that wish to use their production machines more effectively.

For instance, a company operating machine tools can link its machines with software that monitors the equipment to generate maintenance schedules and check for faults. The software may keep track of many machines, to compare performance levels at dozens of production sites that could be spread globally.

Manish Chawla, general manager for global industrial products at the IBM computer and data company, discussed how data created by everyday operations can lead to new sales opportunities.  “A lot of companies are sitting on a goldmine [of data],” Chawla told the FT conference.

The second of the Cs – collaboration – can play a big role in helping companies to capitalise on the changes.

Take Kone. The Finland-based maker of escalators and lifts (or elevators) is one of several companies with which IBM has formed a partnership.

Every time a person steps on or off an escalator, an item of data is generated. If this is collected, the software reveals useful information about travel patterns. This could be inside a single office building, or a larger set of premises such as a railway station or shopping centre.

If this information is linked to sensors recording associated “people movements” (for instance about people going in and out of doors) then a fuller picture of life within the building structure can be obtained. That helps the operator of the building to manage key aspects such as energy provision and security. Schneider – the French equipment manufacturer which also has a large business offering energy management services – is another important IBM partner.

IBM, in its work on the internet of things, can point to its collaboration with several other firms. Examples are the Swedish capital goods company Sandvik, where the partnership is geared to creating maintenance schedules for mining machines, and Cemex, the Mexico based building materials producer. Here the data harvesting gives Cemex insights into how customers use hardware such as cement mixers, feeding information back that is useful in developing both new machines and materials.

Malte Lohan, director of Orgalime, a Brussels-based trade body representing Europe’s engineering industry, told the conference: “Invariably you find that innovation can be maximised through partnerships [between companies].” Sharing ideas and insights leads to better products and solutions, he says.

Steve Fisher, chief executive of Novelis, the US-based aluminium producer owned by the Indian industrial group Hindalco, elaborated on how this can work. He discussed some of the many partnerships his company has with businesses around the world – including many car makers that use aluminium to supplement the steel that most cars are predominantly made from.

A specific example is the link between Novelis and London Electric Vehicle Company, a UK-based company owned by Geely, a Chinese carmaker. LEVC is manufacturing a new generation of electric car in a £325m factory in Coventry, UK.  Some of the first models of these cars are seeing service in Britain as the latest iteration of the famous London “black cab” taxi.

Through the link with LEVC, Fisher said Novelis is learning about how the aluminium structure for the new London taxis can be bonded to the plastics-based composite panels from which – in a relatively novel departure for the automotive industry -a large part of the vehicles’ bodies are made. “We are getting some unique insights,” Fisher said.

The final C – the capabilities of employees – stands out as another key theme.

Without the correct skills people working in manufacturing – and the firms that employ them – will be unable to capitalise on the opportunities that new technologies have to offer. Making manufacturing as a career more attractive to young people – seen by many as more receptive to taking in new ideas than older ones – is a big preoccupation for many industrial companies..

Fisher of Novelis gave one example of how his business is trying to tackle the issue. This is through a global competition, organised by the US charity FIRST and sponsored by several businesses including the aluminium producer, to encourage students to develop new generations of robots.

“By getting involved with this competition we hope to create a promising talent pool and nurture the next generation of top industry minds,” said Fisher.

While Juergen Maier, chief executive of the UK arm of Siemens, the German engineering group, recognises the importance of such projects, he says that frequently educationalists and politicians divert too many resources into efforts to tempt young people into engineering and manufacturing, and fail to do enough to educate people already working in these fields in new thinking. “Upskilling [of the existing workforce] is as big a challenge as the problems [in attracting people] at entry level,” Maier told the summit.

On the SME panel discussion Karen Friendship, Managing Director of the Plymouth company Alderman Tooling, talked passionately about how education is key to her business, which now has 10-12% of the workforce in apprenticeships.

The goal for many manufacturers must be to tackle all the three Cs simultaneously and as a result increase their chances of success. 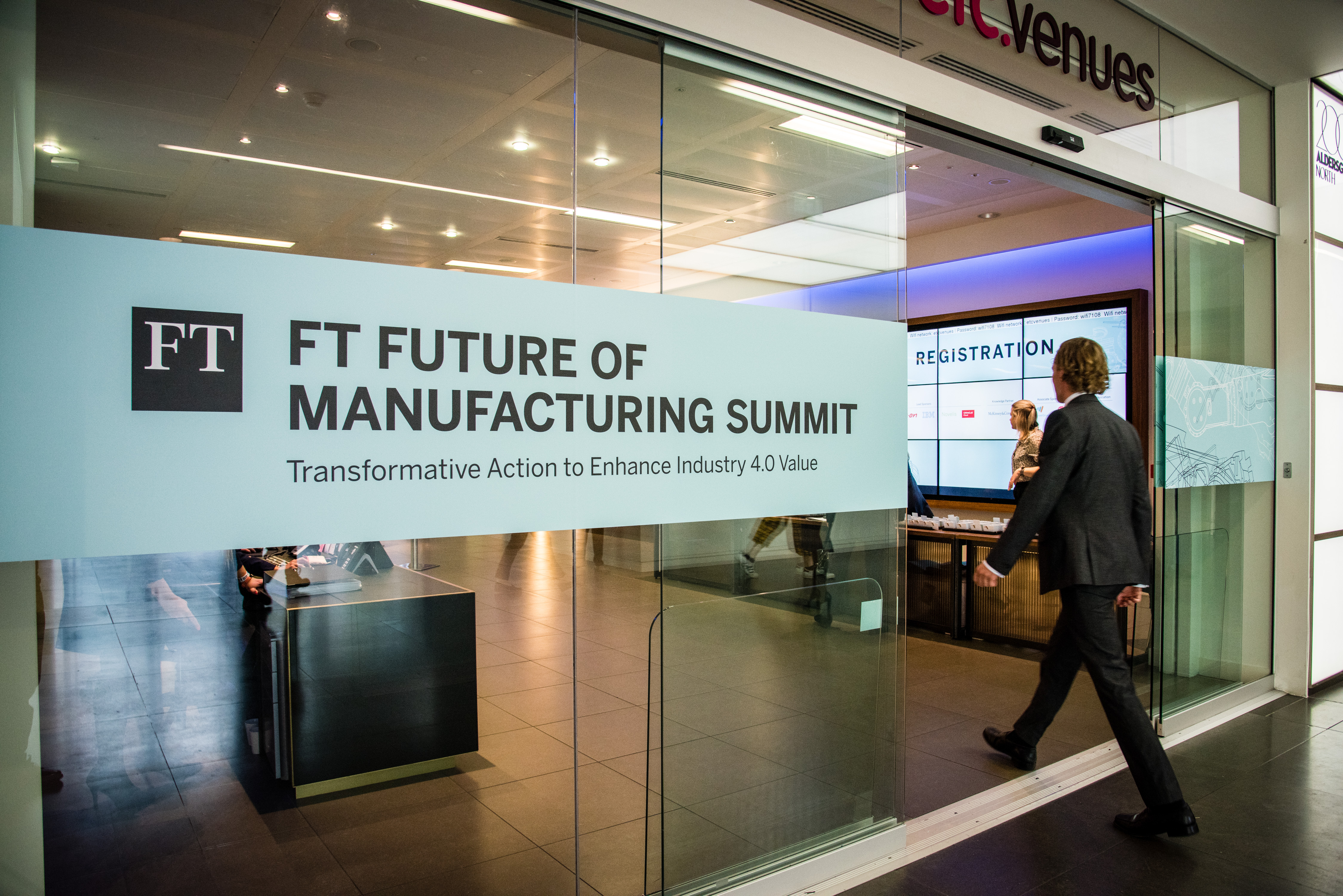 Entrance to the event 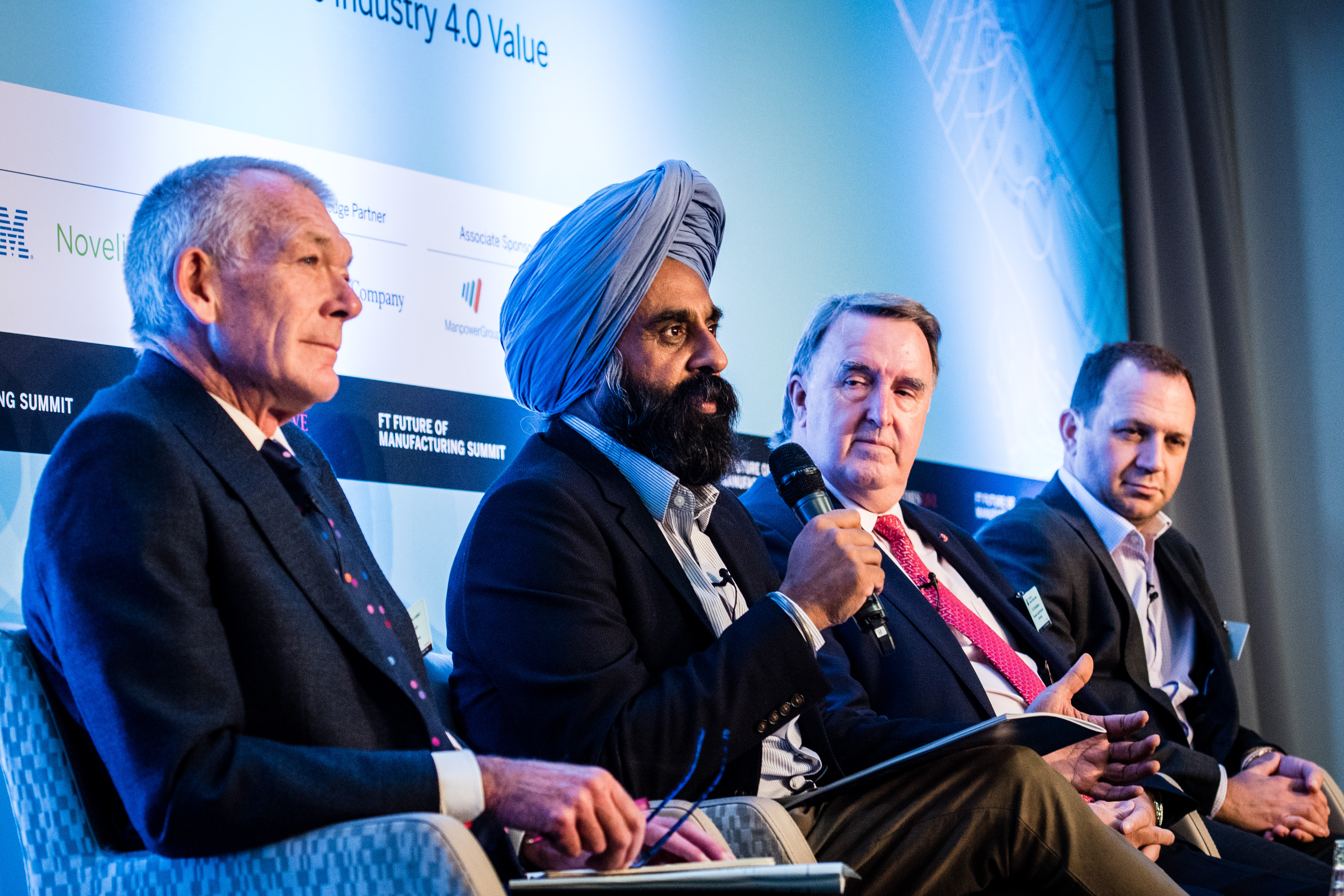 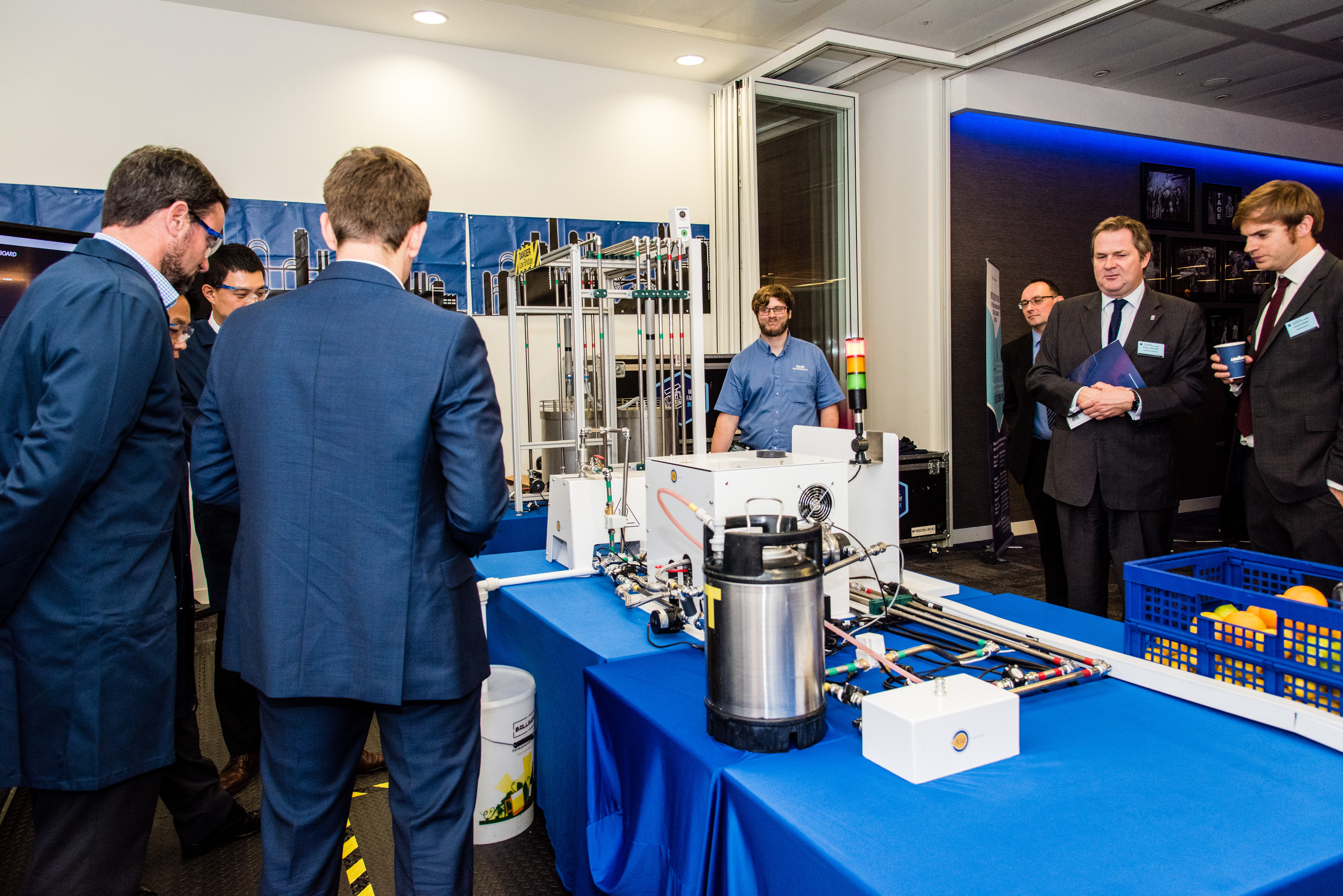