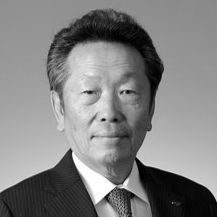 Fumio Kobayashi was formerly Deputy CEO of Daifuku, the leading Japanese material handling company with over $3bn turnover. He worked for Daifuku from 1970 until 2017, during which time he had many roles, latterly as head of manufacturing and distribution automation. He has been engaged in a number of acquisitions which contributed to the company raising its overseas sales ratio to over 65%.

Since retiring in 2017 he has become a director of Japan Material Flow Institute (JMFI). Previously he has been Chairman of Japan Institute of Material Handling (JIMH).

Fumio Kobayashi brings a wealth of expertise in globalisation of the manufacturing automation sector.