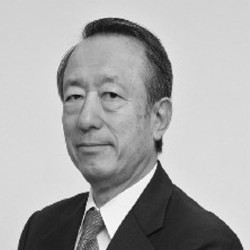 Koichi Nakajima is Deputy President of Tokyo Century Corporation, a leading financial services company with activities that include finance and operating leasing. He has been with the company since 2009, during which time it has experienced unprecedented growth bolstered by M&A.

A graduate in law from Waseda University he subsequently gained an MBA from Sloan School of Management at the Massachusetts Institute of Technology.

His early career was with Mizuho in banking, becoming General Manager of Asset Liabilities and Capital Solution Division of the bank, subsequently Head of Advisory Group at Mizuho Securities. In this role he recruited Gideon into the company to help start a London M&A team