What to expect in the year ahead…

The Economist’s ‘The World in 2018’ is edited by Daniel Franklin, author of ‘Megatech: Technology in 2050’, presented at the British Embassy in Tokyo at a seminar and reception co-hosted by Gideon Franklin Ltd.  Here we summarise a few of the main themes to watch in the year ahead.

In Europe, there is more to the year ahead than the UK’s transition out of Europe and its impact on the economy.   As Macron emerges as an ambitious progressive leader, compared by some to Teddy Roosevelt for pushing a new kind of social contract.  He aims to boost competition and entrepreneurship whilst protecting workers.  He will flesh out his plans in the year ahead.  Italy’s upcoming election provides an opportunity for change and further populist shift.  In the Americas, there are key elections to watch.  The US mid-term elections in November may offer an early litmus test for Trump’s presidency and an opportunity for Democrats to regain power of the House of Representatives.  Brazil and Mexico will have presidential elections – the first time in 12 years that these coincide and Columbians and Venezuelans will also go to the polls.  The most striking change of leadership in the region will be Cuba – the Castro family has led Cuba for nearly 60 years after Fidel Castro’s triumphant revolution.  We will all be watching to see what is next.  In Asia, Japan’s Emperor Akihito will prepare to step down – possibly providing a catalyst for other world monarchs…

Accelerating to its strongest pace since the start of the decade and poised for further growth, one must watch the ever shifting balance and dynamic of the world economy with a close eye. It is clear that both developed and emerging markets are contributing to this economic momentum as  India is the fastest-growing among the big economies and China a close second. The world’s perception of China, the rising power of the 21st century however, is changing.  Some worry about China’s growing clout and intentions.  Business in China will remain largely controlled by the government as part of Xi Jinping’s project for Chinese greatness.  There  will be a shift towards state intervention by other countries to control China’s activities abroad.  From Australia to Europe, foreign investment rules will be tightened with the goal of deterring China’s takeovers.  Mr Macron is keen to protect European interests and America will impose tarrifs on Chinese steel and levy sanctions for intellectual property theft – there will be a global shift toward protectionism in pursuit of restraining China.

There is a growing impact on politicians and business of “techlash”.  This is when politicians turn on tech giants such as Facebook, Google and Amazon with fines, tighter regulation and

competition laws.  There is an opportunity here for business leaders to enter the political arena to help shape this change and reassure governments and the public that they are acting as good global citizens.  With technology catapulting forward with commercial drones, driverless cars, AI, quantum computing and medicine this will affect us all.  The EU is setting the “techlash” pace by going after tech giants for tax avoidance and unfair suppression of competition.  America is also cracking down as it was rocked by Russia’s ability to influence the presidential election and Congress is considering requiring Facebook and others to reveal who purchases political ads.  The seeds may even be sown this year for breaking up these tech giants who are so big they are now having an impact on democracy and the balance between state and market.

All things considered, 2018 promises to be eventful with an air of optimism.  May the many changes in the year ahead result in a more peaceful and prosperous future for all! 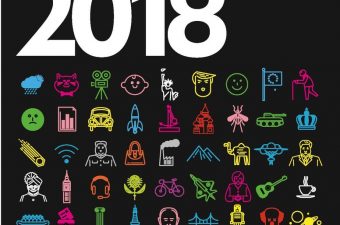 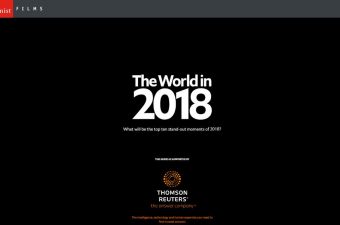