In January-September 2017 M&A was $2.4tr (+3%) globally according to the latest ThomsonReuters survey. The top sectors were energy, industrials, high tech and financials, together accounting for over half. Japan M&A was $120.7bn (-15%) during this period, but showing some interesting new trends. The Bain Capital $17.9bn acquisition of Toshiba Memory was the 8th largest transaction globally this year and the 6th largest ever for Japan. Private equity acquisitions in Japan overall were $26bn, the highest in any 9-month period. The largest outbound acquisition this year has been the $3bn investment by Softbank in WeWork. 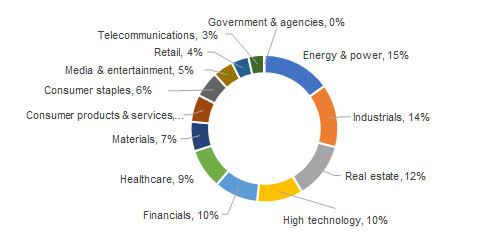 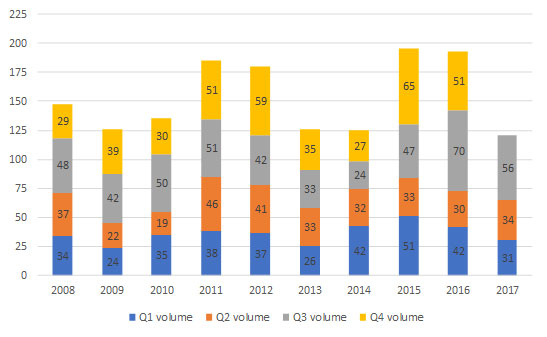